“Jesus Christ is the same yesterday and today and forever.”

We live in a time of change. Honestly, change happens all the time, but right now, one of the things most of us have counted on for the last 52 years, the United Methodist denomination, is being shaken to the core, and if you were paying attention to the news this past week, you know that there has been an agreement hammered out to divide the church into at least two denominations.

As I read and watched the news, I couldn’t help but notice that not all of the information being shared by various outlets and networks was entirely accurate. So, what I would like to share with you now is what has not happened, what has happened, and what we know about what will happen moving forward.

First, the United Methodist Church has not split. No group, individual, or organization may officially speak or decide for the United Methodist Church, except for the General Conference, which will be meeting in May of this year. Is it possible that there may be a separation, when the General Conference meets? Yes. It is possible, and perhaps more likely than in years past, but it is far from a foregone conclusion. Additionally, much of the news I have read and heard in the media has been written and delivered in such a way as to indicate that the “traditionalists” in the denomination have only recently made it impossible for more progressive elements in the church to coexist by forcing a new doctrine against homosexual marriage and ordination into the church. The truth is that the United Methodist Church formed in 1968 from a merger of the Evangelical United Brethren and The Methodist Church, and the language in the discipline identifying homosexuality as “incompatible with Christian teaching” and prohibiting both homosexual ordination and marriage was added back in 1972. Further, neither of the predecessor denominations affirmed homosexuality.

That being said, this is an issue that we’ve been debating virtually since we became a united denomination in 1968, and it is true that significant leadership voices on both sides of the debate over whether or not homosexuality, and other LGBTQ behavior is a sin or a function of one’s identity (how a person was created) have increasingly agreed that our differences are irreconcilable. Therefore, there have been many recent conversations between leaders in the progressive, centrist, and conservative elements of the church about “amicable separation” and a mediated plan has been agreed upon by some of these leaders. You can find this plan, including the names and signatures of those who were a part of crafting it at the following location: Protocol-of-Reconciliation- and-Grace-through-Separation

These same leaders have asked the United Methodist Church’s judicial council to rule on the constitutionality of the plan ahead of May’s General Conference, and in order for it to become the plan for the church, it will have to also receive a majority vote at General Conference, which is not a certain outcome. Under this plan, the United Methodist denomination would eliminate the restrictions against homosexual marriage and ordination, and conferences and churches would be allowed to leave the denomination, and join a new denomination, or denominations, with their property and assets intact, provided certain provisions are met, such as the repayment of debt. If it does pass (and that’s a big “if”) the implementation of the plan will take a course of years, and we will have the opportunity, as a church, to decide whether or not we want to leave the denomination.

The truth of the matter is that none of us can predict accurately what’s going to happen. If you had asked me, when I began serving as a pastor in 2001, if influential leaders in our denomination would be seriously endorsing division over this issue, I would have said, “absolutely not”. Here is what we do know, and what we can predict: God is still in charge, we still have a mission to make new disciples of Jesus, and our congregation’s vision is to love, build, and serve. We also know that one day, finally and ultimately, God will make all things right. We know that though He sometimes does new things, his character never changes, He is always good, and his love and grace conquer all. May we all join in prayer and scriptural discernment and focus on Jesus as the date of General Conference approaches, and may we be ready in every season to give an an- swer for the hope that we have. (1 Peter 3:15) Amen. 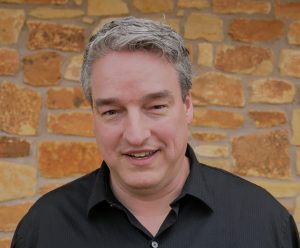 In light of the current health risks posed by the COVID-19 virus, we at Burnet UMC feel that it is best to align with the school schedule and not meet in groups with youth and children’s activities through April. We will continue to update you as we approach that date and know what action is appropriate at that time. However, we would like to offer the following online option, utilizing video chat!

We’re excited to meet together again this summer! Friends, food, fun and a focus on Christin a “socially distant safe manner” will be what to expect!

Where: We will always meet in the Fellowship Hall (in main sanctuary building) of the First United Methodist Church of Burnet each week. Depending on the week (see below), we will either stay at the church building, or ride the church bus to the lake!

Who: Youth in Middle/High School in Burnet, TX.

What: Social Distance Swimming and Worship on the Lake! Bring a bible, swim suit, sunscreen, and life jackets (if you have them). Food provided!

Need a ride? Email fumcburnet@gmail.com and plan to meet at Burnet United Methodist Church at 5:30 p.m., the day of! We will be arriving at the lake at 6pm if you want to meet us there.

Directions:
https://goo.gl/maps/Xwj5tVPp72eGXKGC8
@ 172 Roadrunner Lane. The GPS likes to send people to Burnet, but make sure it is in Buchanan Dam, off of CR .#301, just west of the bridge.

What: Social Distance Games and Worship! Food provided. Bring a bible, your instrument and a friend! We will meet in the Fellowship Hall (in main sanctuary building) of the First United Methodist Church of Burnet.

To be determined! Check back for updates.